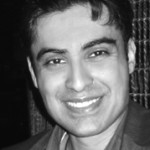 Short bio
Fueled by massive amounts of data generated from DNA sequencing technologies, the Atwal Lab is currently focused on population genetics, cancer biology and high-performance computing. We often tackle scientific questions computationally by invoking theoretical concepts from statistical physics and machine learning.
A common thread in our research is the quest to understand collective biological phenomena from the perspective of the physical sciences. To this end, we develop and deploy mathematical and computational tools to address quantitative principles governing the behavior of many-body biological systems, ranging from molecular interactions in a single eukaryotic cell to the evolution of the species Homo sapiens.Our fantastic team of lab members and collaborators consists of physicists, biologists, mathematicians and computer scientists and we work closely with experimentalists and clinicians both here at Cold Spring Harbor Laboratory and around the world. For more details feel free to browse through our website. 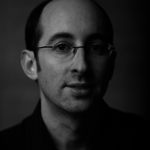 Gary D. Bader works on biological network analysis and pathway information resources as an Associate Professor at The Donnelly Centre at the University of Toronto. He completed post-doctoral work in the group of Chris Sander in the Computational Biology Center (cBio) at Memorial Sloan-Kettering Cancer Center in New York. Gary developed the Biomolecular Interaction Network Database (BIND) during his Ph.D. in the lab of Christopher Hogue in the Department of Biochemistry at the University of Toronto and the Samuel Lunenfeld Research Institute at Mount Sinai Hospital in Toronto. He completed a B.Sc. in Biochemistry at McGill University in Montreal. See http://baderlab.org 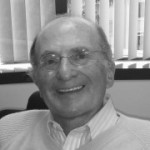 Charles Cantor is currently affiliated with Agena BioSciences Inc., Sequenom Inc. and Retrotope Inc. He is Professor Emeritus, Biomedical Engineering Professor of Pharmacology, School of Medicine at Boston University, and former director of the DoE Human Genome Project. Charles Cantor’s research is focused on identifying biological problems that are resistant to conventional analytical approaches and then developing new methodologies or techniques for solving these problems. His laboratory has developed methods for separating large DNA molecules, for studying structural relationships in complex assemblies of proteins and nucleic acids, and for sensitive detection of proteins and nucleic acids in a variety of settings. His current interests include the development of new methods for faster DNA sequencing, the development of new variations and analogs of the polymerase chain reaction, the development of bacterial strains suitable for environmental detoxification, and the discovery of human genes associated with sense and taste. He is also interested in exploring the possible use of biological molecules for applications in nanoengineering and microrobotics, and in making detectors capable of recognizing specific single molecules. 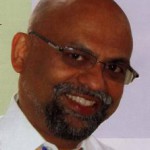 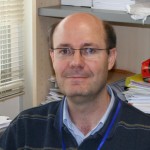 Dr. Moreno is Professor of Preventive Medicine and Director of the Cancer Prevention and Control Program at the Catalan Institute of Oncology-IDIBELL in Barcelona, Spain. He has been long experience in genetic and molecular epidemiology studies on CRC. He has designed and conducted several case-control studies on CRC and contributed to the identification of genetic susceptibility loci, and molecular mechanisms involved in CRC etiology and progression. He leads the Unit of Biomarkers and Susceptibility at ICO, with strong expertise in biostatistics and bioinformatics. His team has experience both in the design of epidemiological and clinical studies and in the analysis of omics data. In his most recent project, COLONOMICS, (www.colonomics.org) tumors and adjacent normal mucosa from a sample of 100 CRC patients have been extensively characterized at molecular level (gene expression, micro-RNA expression, methylation, genetic variation, CNVs and somatic mutations in exome). Also samples of normal mucosa from 50 healthy donors have been analyzed. This resource is the bases for diagnostic and prognostic biomarker discovery and to elucidate the mechanisms involved using systems biology approaches.
Websites:
http://www.icoprevencio.cat/en/programa-biomarcadors
http://www.colonomics.org 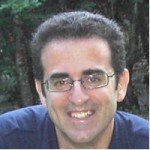 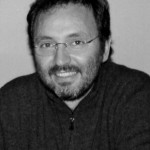 Prof. Policriti received his laurea degree in Mathematics from the Universtiy of Turin in 1984 “cum laude”. Subsequently he was granted fellowships from the CNR and ENIDATA that have been spent in various periods at the Courant Institute of Mathematical Sciences from 1986 to 1992. Always at the Courant Institute he received his master degree in 1988 and his Ph.D.in 1990, in Computer Science under the direction of prof. M. Davis. From 1989 to 1992 he has been researcher, from 1992 to 2000 associate professor, and currently he is full professor at the Department of Mathematics and Informatics of the University of Udine. Prof. Policriti has been responsible or has been working in many projects financed by the CNR (Researches National Council of Italy), MURST (Italian Ministry of the University and Scientific and Technological Research), and the European Community.
His main research interests are related with Computational Logic and in particular:
-algorithms and models for bioinformatics;
-set-theoretic and combinatorial algorithms and decision problems;
-computational logic.
Prof. Policriti has more than 120 scientific publications and has directed or is now following Ph.D. students at the universities of NYU, Amsterdam, Pisa, Stanford and Udine. He has been in the program committee of many international conferences and he is in the editorial board of a number of scientific journals.
He is member of the scientific board of the Gruppo Nazionale di Calcolo Scientifico of the Istituto Nazionale di Alta Matematica and of the European Association for Theoretical Computer Science. He has been chairman and committee member of the Beth prize and member of the committee of the Premio Tesi di Dottorato su argomenti di Informatica Teorica of the Italian Chapter of the European Association of Theoretical Computer Science.
He has been Coordinator of the Biotechnology program and he is now director of the PhD program in Informatics of the University of Udine.
He is european coordinator of the IEEE CS Technical Committee on Bioinformatics.
Prof. Policriti is one of the four founders of the Istituto di Genomica Applicata—the first genome sequencing center in Italy—, in which he is the director of the Bioinformatics division. 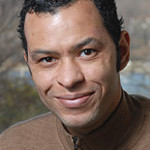 Lloyd Trotman’s recent research path begins at his discovery some years ago that the loss of a single copy of a master tumor suppressing gene called PTEN is sufficient to permit tumors to develop in animal models of prostate cancer. His team later found that complete loss of PTEN paradoxically triggers senescence, an arrested state that delays or blocks cancer development in affected cells. These findings explained why many patients only display partial loss of this tumor suppressor when diagnosed with prostate cancer. Now the team is researching ways to restore the PTEN protein levels in these patients. This therapeutic approach could slow disease progression and thus greatly reduce the need for surgical removal of the prostate or similar drastic interventions that carry the risks of incontinence and impotence. Their second approach to combat prostate cancer is to model the lethal metastatic disease in genetically engineered mice. They are developing a novel approach that allows for quick generation and visualization of metastatic disease. The efficacy of existing and novel late-stage therapies, such as antihormonal therapy, can then be tested and optimized in these animals. At the same time, the Trotman lab is exploring the genome alterations associated with metastatic disease and with resistance to therapy. To this end, they use single- and multicell genome sequencing techniques developed at CSHL by Drs. Wigler and Hicks. 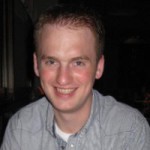 Henk van Ooijen is a research scientist in the department of Precision & Decentralized Diagnostics at Philips Research. He studied biomedical engineering at the Eindhoven University of Technology (TU/e). After graduating with a specialization in biomodeling and bioinformatics he started modeling biological systems at Philips Research after a short stay at the National Institute for Public Health where he modeled human toxicology. His main research interests are modeling the hemostatic balance of critically ill patients as well as diagnosing tumor-driving signaling pathways. Up to March 2015 he has contributed to 14 patent families protecting inventions in the area of hemostasis and cancer diagnosis.